3 Quick Fixes For Back Pain When Doing Barbell Rows

Have you ever attempted a Barbell Bent Over Row but soon realized that it wasn’t happening with your current back pain situation?

The Barbell Row is a staple overall back developer but becomes your arch enemy when dealing with low back pain. In today’s post, I want to break down the barbell row and give you three quick fixes you can make that will put a stop to the pain your experiencing when doing them.

How Do You Do Barbell Rows Without Hurting Your Back?

When it comes to doing Barbell bent Over Rows without low back pain it comes down to 2 things.

The Position Of The Body

When it comes to the position of the body we tend to do the row at the cost of the low back absorbing the load.

What you want are the hips and hamstrings to take the load while performing the row.

You want the hips and hamstrings taking the load so that you can focus on the muscles you’re trying to activate with each rep (mid to upper back).

There are a few main transitions that you have to be mindful of when doing the barbell row.

The first transition is with the load from standing straight up to being bent over.

The second transition is starting the actual row towards your lower rib zone.

The third transition is at the bottom where you go from the eccentric portion of the exercise and switch to the pulling or concentric portion.

These all include micro-movements that for someone with a sensitive low back could really mess them up.

Focusing on control and slow movements during these transitions is critical.

I break them down even more in today’s video along with some cool alternatives if you’re dealing with pain.

There are a lot of traditinal Barbell Row substitus you can use if barbell rows are causing any low back pain.

You can first start out by checking out this post I did a few years back on back pain and the bent-over row.

Here are a few videos I have on YouTube breaking down some of my favorite barbell bent-over row alternatives.

These are some great resources if the barbell bent-over row is causing any issues. 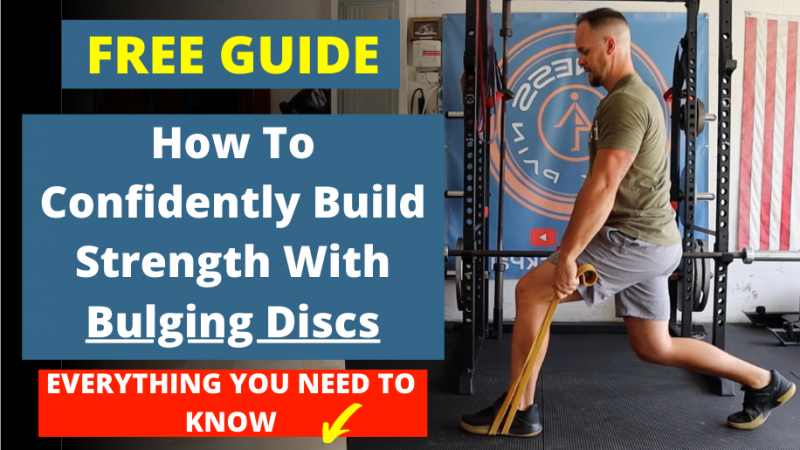 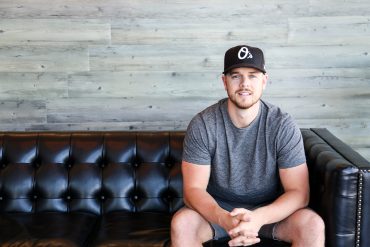 I made the decision over 8 years ago that I was not going to live by my physician's suggestions. After my ruptured disc diagnosis, I spent the next 6 years of my life researching and experimenting on my own body in search of a cure for my chronic back pain. Through nutrition, mobility, exercise and lifestyle design I have been able to make drastic changes to my chronic pain. Now I use my 10+ years as a leader in the health and fitness industry along with my personal journey of pain management to give you exactly what you need to find freedom yourself.

People beating back pain on their own!

"Again amazing video, I save all your emails in a folder! Seriously you are one of the very few people who get the cause of back pain for most of us with sedentary lifestyles!

Since following your guide, working with a good physio and strengthening my core, my pain has greatly reduced after 1.5 years of suffering."
-Mathew M.

"I absolutely love your website and videos. I have McGill’s books and have read innumerable online articles re back pain, but your descriptions, explanations and videos really hit it home with me. Thanks to you, I am on the road to healing after 2+ years of lower back pain. Thank you for such informative articles; not too long or overly complex and not too simplified either. Just right!"
-Michelle

"The first time I mashed the QL muscles with a field hockey ball and followed it up with the stretch in the door frame, it was like oiling a creaky door– it was almost instant relief. Since then, over the past month, I have continued to do the exercises and stretches on your site and they have helped so much. The other pose I do to “unstick” my back is the “happy baby” yoga stretch…that one in combination with these QL stretches have pretty much solved the back issues that have plagued me for years. So, thank you so much for this post."
-Allison D.

What I am currently reading.

The information in Fitness4BackPain.com is not intended as a substitute for professional medical help or advice but is to be used only as an aid in understanding spinal rehabilitation. A physician should always be consulted for any health problem. Fitness4backpain.com provides links to other organizations as a service to our readers and is not responsible for the information, services, or products provided by these web sites, health professionals, or companies.